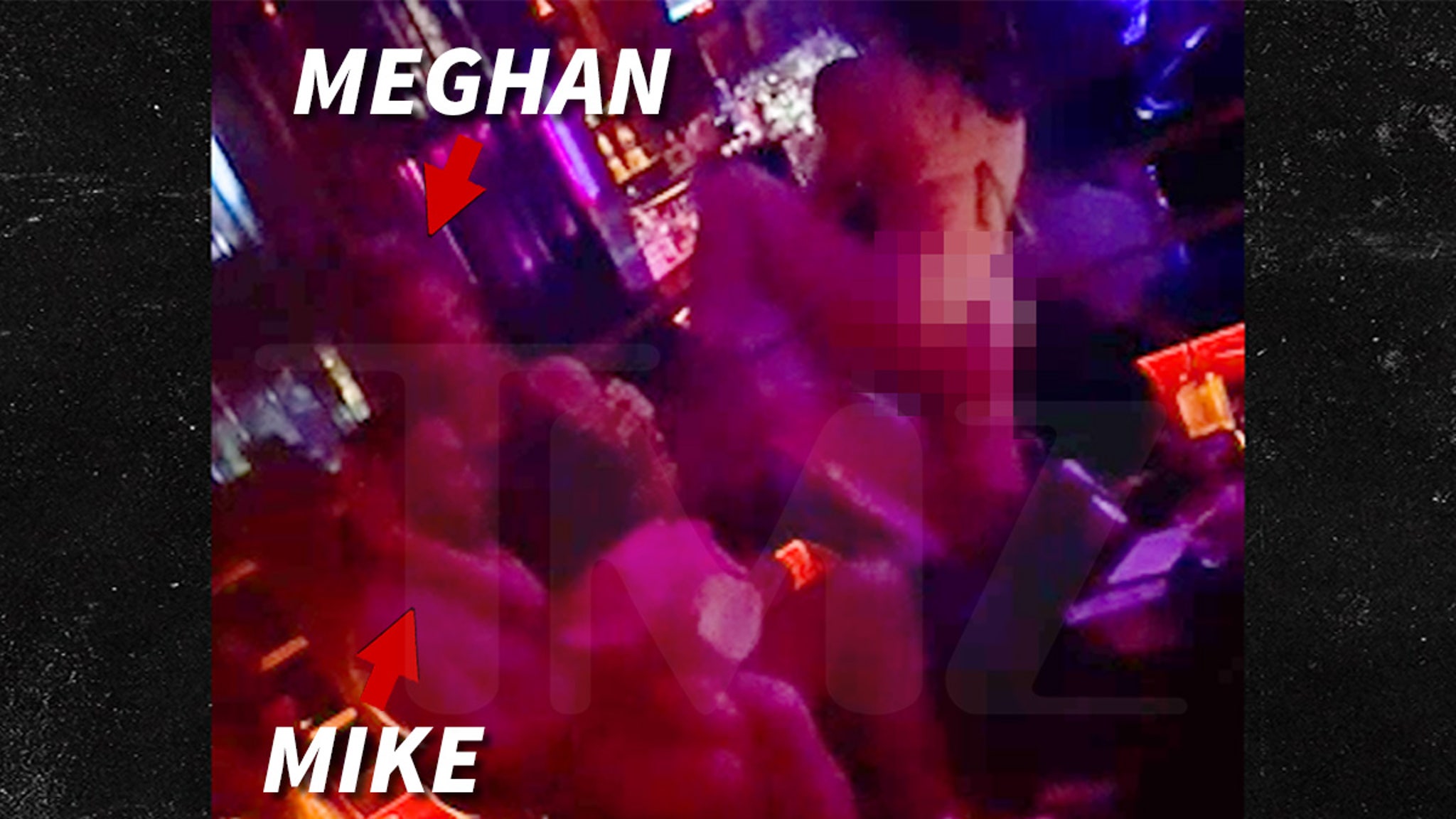 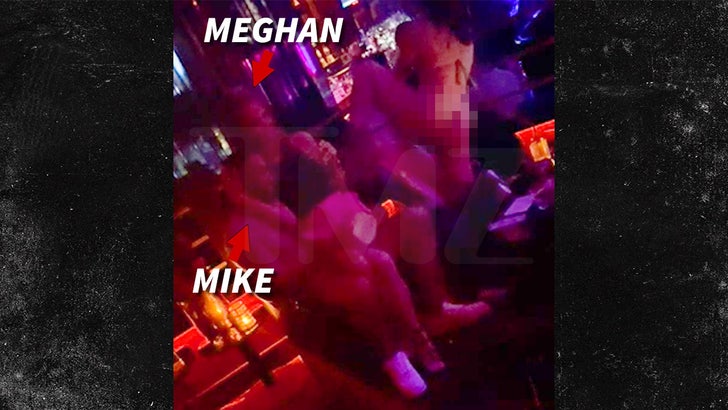 Meghan and Mike hit up Crazy Horse 3 in Las Vegas Thursday night, a source at the club tells us the two arrived hand in hand for the Local Love 2.0 party, which always attracts some big attention. 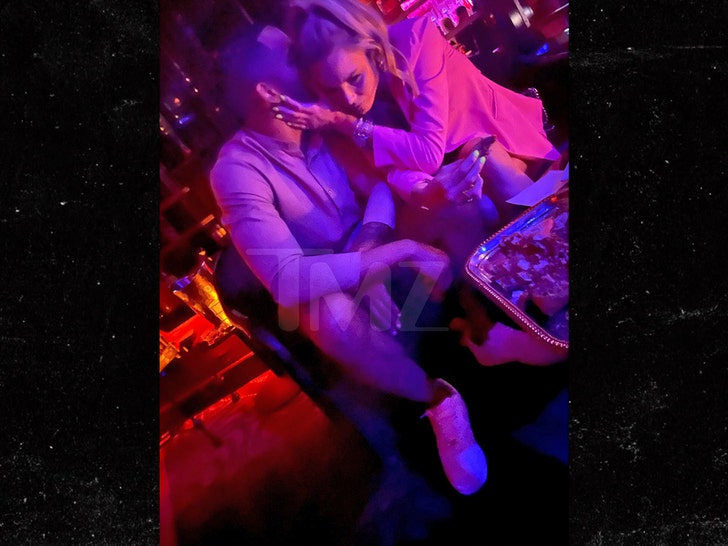 You can see from the video, the two were ALL over each other all night long — they even snuck off to a VIP table at one point while Meghan spent some time on Mike’s lap. 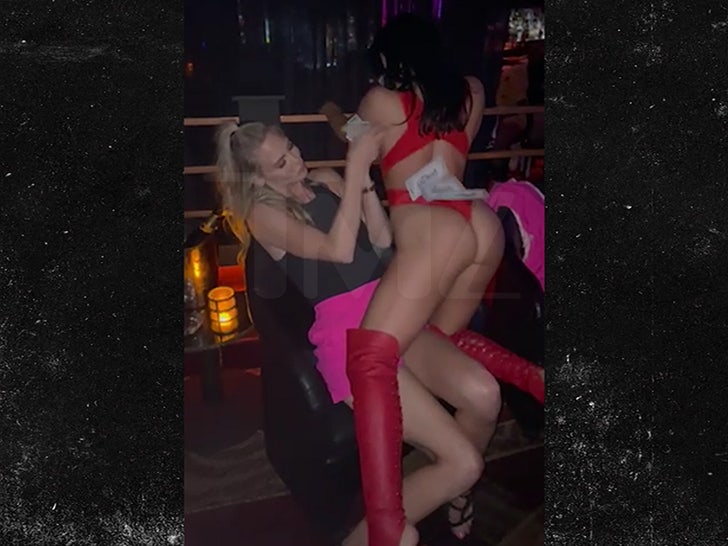 They also took some time to enjoy the dancers … grabbing a money gun and spraying the dancers down with some cheddar at one point. 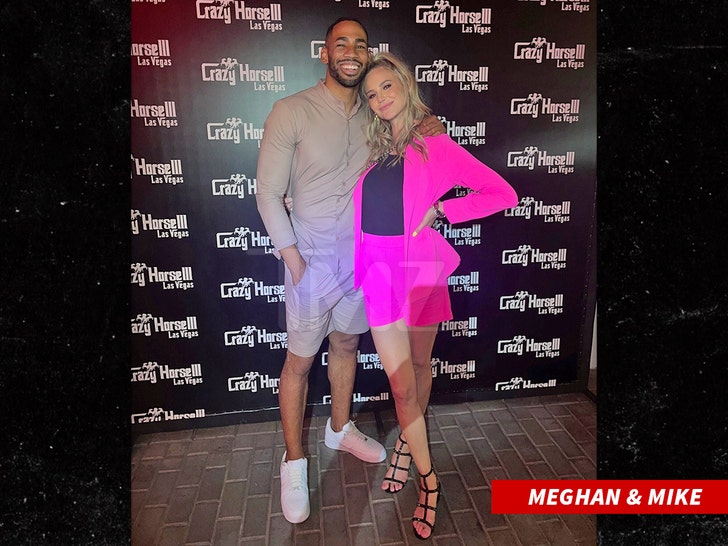 They left together around 1 AM, holding hands on the way out. 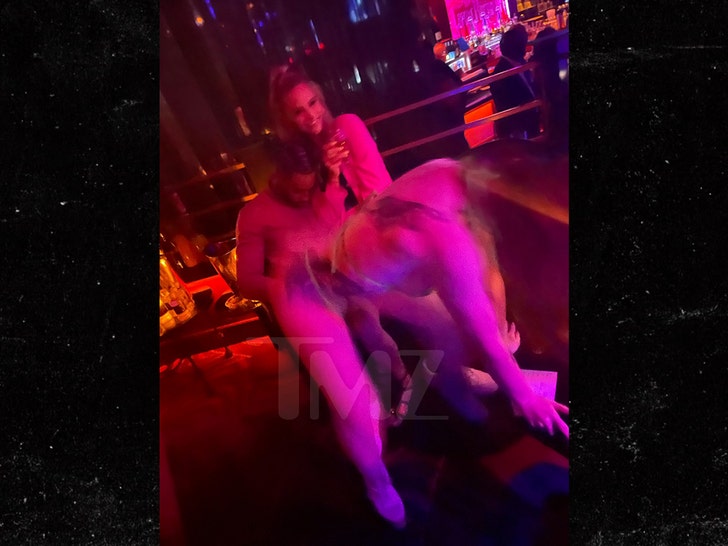 Sources close to the two are denying an actual fling, though — telling TMZ they went to the club as part of her podcast they are doing together — claiming there’s nothing romantic going on between them, just good friends working together.

While they might not be official, they’re clearly having some fun together — Meghan posted about who she “found” in Vegas that night … calling Mike, “my new fave.”

As we reported, Meghan got into with her ex-husband, Jim Edmonds, recently … filing a TRO against him over what she described as “frequent and consistent verbal abuse” via texts, as well as their shared Family Wizard app which they use to co-parent.