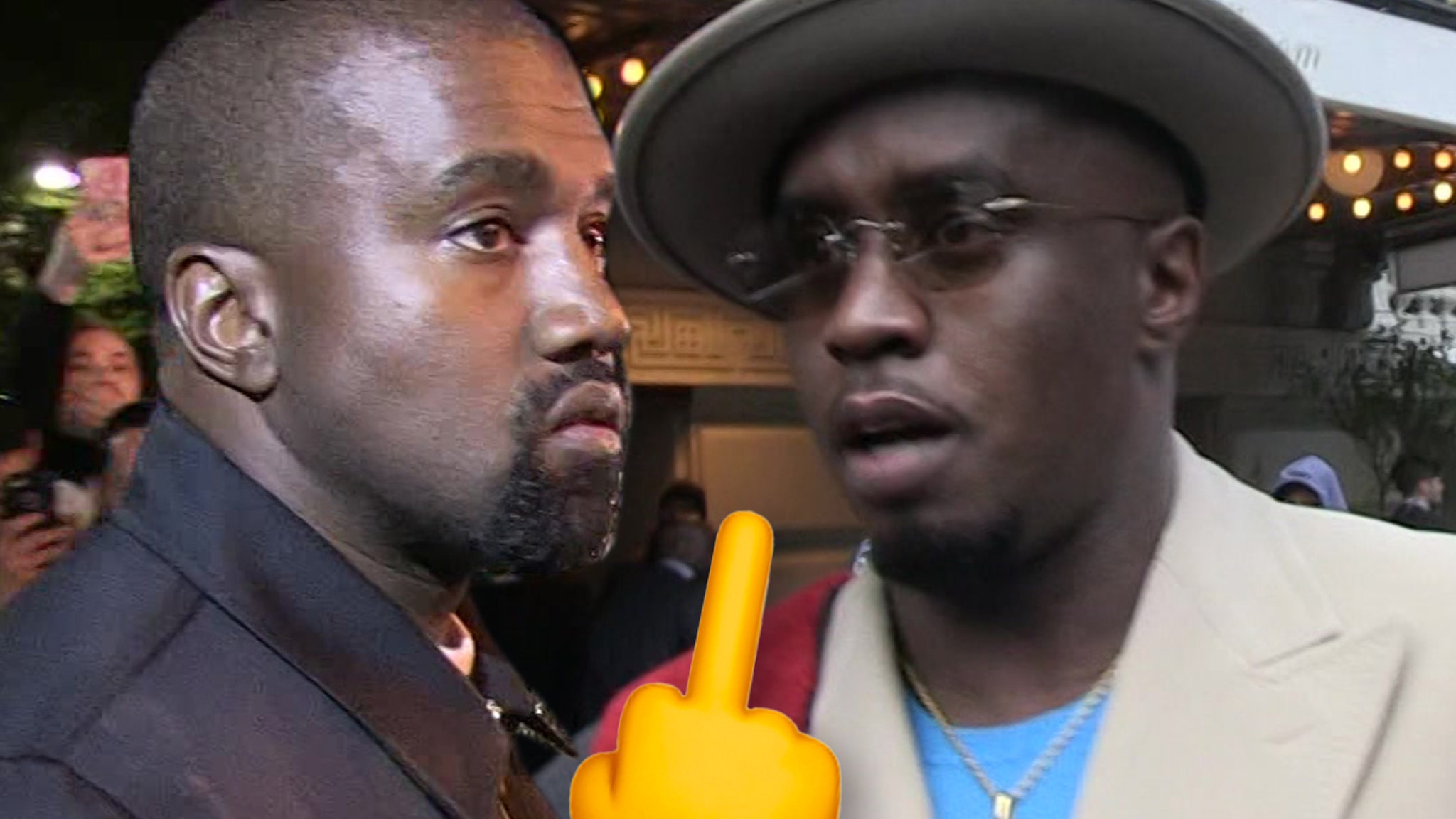 Diddy‘s attempts of reasoning with Kanye West over the “White Lives Matter” T-shirt controversy are falling on deaf ears … with Ye dropping f-bombs while tripling down on putting the controversial gear on the market.

On Friday, Kanye posted an iMessage exchange between him and Puff — making it crystal clear that he didn’t approve of Diddy’s ‘Breakfast Club’ interview. 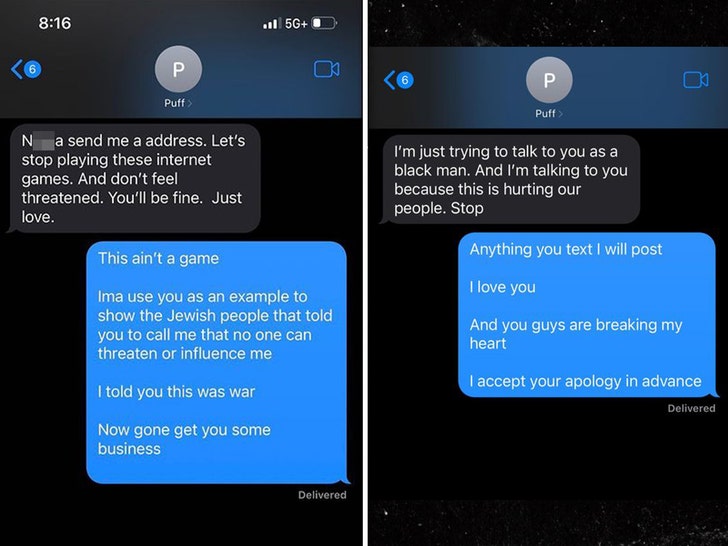 According to Ye’s perspective, Diddy is trying to put a wedge in between his earnings and is under the impression that Jewish leaders sent the Bad Boy Records rapper to silence his messages.

When Diddy attempted to meet up in person, Ye desecrated his character … calling Puff a federal agent before telling him he accepts the future apology when he comes to his senses and supports WLM. 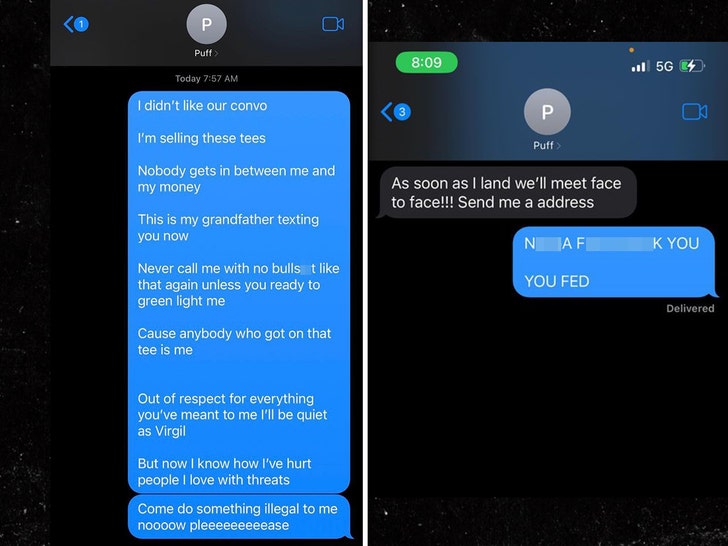 Kanye has been steadfast in his cause all week with zero care who gets bulldozed along the way.

During one of the recent rants, he skewered Offset for liking posts that slammed WLM and also threatened A$AP Rocky and Rihanna’s romance by claiming the Harlem rap star cheated with fashion designer Yoon Ambush. 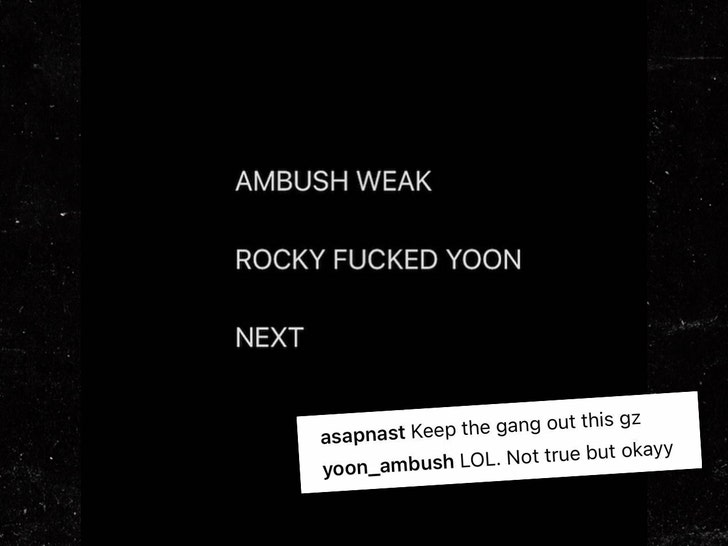 Neither artist has responded to Ye, but Yoon vehemently denied the claims, labeling him a false prophet while A$AP Mob member Nast told Kanye to pipe down.

Ye set things off on Monday at his Paris Fashion Show … calling Black Lives Matter a “sham” while relishing in support from Candace Owens and Antonio Brown. 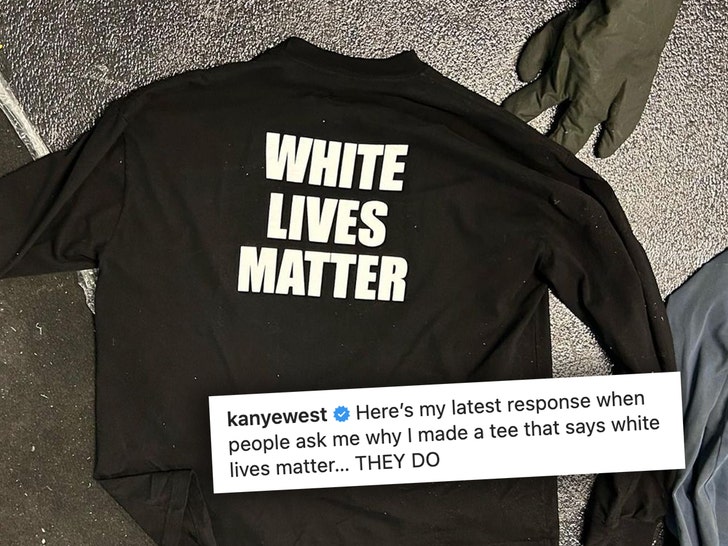 He recently sat down with FOX’s Tucker Carlson to explain his mission … where he argued attacks on Lizzo’s weight signified early stages of genocide on Black people. Yep, you read that right.