Franco Harris — a Pro Football Hall of Famer and one of the most legendary Pittsburgh Steelers of all time — has died … his family announced Wednesday.

A cause of death has yet to be revealed … though the Harris family said he passed away overnight.

“The entire team at the Pro Football Hall of Fame is immensely saddened today,” Hall of Fame president Jim Porter said Wednesday morning in a statement.

“We have lost an incredible football player, an incredible ambassador to the Hall and, most importantly, we have lost one of the finest gentlemen anyone will ever meet. Franco not only impacted the game of football, but he also affected the lives of many, many people in profoundly positive ways.” 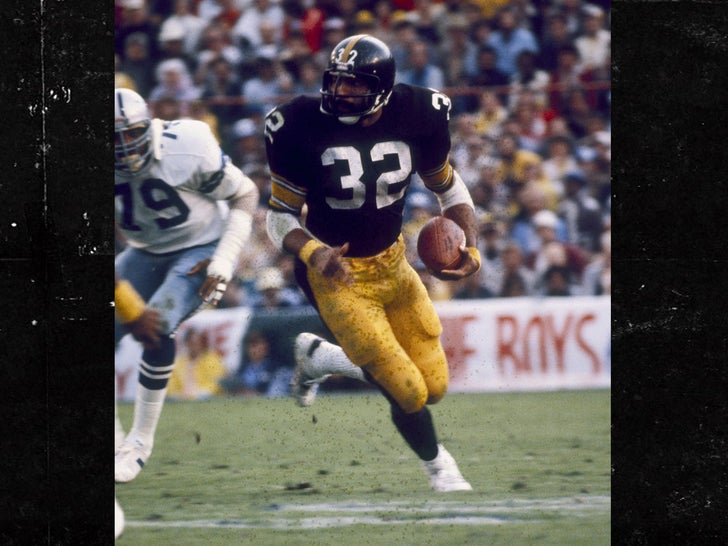 Harris was taken by the Steelers in the first round of the 1972 NFL Draft … and it didn’t take long for him to become a huge star. In his rookie season, he ran for 1,055 yards and 10 touchdowns, making the Pro Bowl team while winning Rookie of the Year honors.

The 6-foot-2, 230-pound running back, though, is most well known for his role in the “Immaculate Reception” — a wild play in a 1972 AFC divisional round playoff game against the Raiders that many consider one of the greatest moments in NFL history.

The immaculate reception happened 50 years ago this week.

During the play, the Steelers were down 7-6 on fourth down with just 22 seconds left in the game. Quarterback Terry Bradshaw heaved a pass that was ultimately deflected backward — right into Harris’ waiting arms.

Harris then ran it in for the game-winning score.

Harris was set to be honored by the Steelers just one day after the 50th anniversary of the play … with Pittsburgh formally retiring his No. 32 on Saturday during its game against the Las Vegas Raiders.